At 11.50am on October 15 1970, a span of the West Gate Bridge, then under construction, collapsed. 2000 tonnes of steel fell 45 metres - 35 workers were killed, 17 were injured. Some ‘rode’ the bridge down and, miraculously, survived. All those who survived were traumatised, as were many people living in the working-class suburbs surrounding it.

Why Did the Bridge Collapse?

Without getting into too much detail, the West Gate Bridge is a steel box girder cable-stayed bridge.

When the two half girders on the west side, span 10-11, were brought into close proximity, it was established that there was a vertical differevnce of about 4.5 inches (114mm). It was proposed by John Holland & Co that time might be saved by using kentledge (ballast) to push down the north half span level to its south counterpart. So, ten cube-shaped 8-ton concrete blocks, on site from a previous operation, would be used.

The use of the ten concrete blocks, which were more than what was approved by Jack Hindshaw, the Freeman Fox and Partners (FFP) designer and engineer, caused a buckle to develop. This occurred in mid-May, and in early September, Hindshaw noted in his diary, ‘Obvious overstress due to concrete kentledge’. The actions to correct the buckle set in motion a train of events that led to the collapse.

On Wednesday 14 October, D Ward, Section Engineer, FFP, West Side, gave formal written instructions for work to be done (to straighten the buckle on span 10-11 ‘without further delay’). Work started at about 8.30 am on 15 October. After about sixteen bolts had been loosened, there was significant slipping of the two plates jamming the bolts in their holes.
A senior FFP inspector suggested the bolts be tightened with an air gun - until they broke. The shock reaction of the bolts failing in tension dislodged the broken pieces clearing the holes. Eventually about 30 bolts were removed from one ‘box’ and seven from another. This flattened the bulge by over 2 inches but led to other changes. Ward called Hindshaw to come take a look, who in turn contacted Gerit Hardenberg, Senior Representative of Werkspoor-Utrecht, Wescon and WSC (the original contractors). The last thing Hardenburg heard Hindshaw say was, “Shall I get the bods off?”

Almost immediately after that telephone conversation at 11.50 am, span 10-11 collapsed. From the West Gate Bridge Memorial site is the description of what happened at that point:

“Almost as soon as he put the phone down, Gerit Hardenberg heard the low rumbling sound coming across the river. It grew, like the side of a mountain falling on top of him, and then faded into silence.

What Gerit Hardenberg could not hear was the eerie pinging noise that came from the flakes of rust peeling off weathered steel or the jarring screech of metal moving slowly across metal.

What he could not see was the men holding their hands to their ears to block out the noise or the look of terror in their faces as they saw things that should have been firm and solid begin to move and parts of the metal’s colour change to a strange kind of blue.”

“He assured them the bridge was safe and that it would not collapse. What he did not tell them was that he had designed the two bridges which had collapsed."

Could the tragedy have been avoided?

On June 2, 1970, the Milford Haven Bridge, another box girder bridge being constructed in Wales, collapsed killing four workers. Another similar bridge had collapsed in Germany – but no-one was killed. News of these events reached Australia, and 450 workers on the West Gate held a stop work meeting and refused to go to work – they wanted a meeting with the companies involved, with their union officials. FFP’s resident engineer, Jack Hindshaw, told the men that he was the best bridge builder in the world and that he’d designed the bridge. He assured them the bridge was safe and that it would not collapse. What he did not tell them was that he had designed the two bridges which had collapsed.
The men debated whether they should return to work. Tommy Watson, who later became President of the CFMEU, was 23 years old at the time, and working on the bridge. In his descriptions of the days leading up to the collapse and what happened afterwards, says that at the time, given the lack of information and resources they had, they did the best they could. He says he voted to go back to work – not because of what Hindshaw said, but because he was there with them every day, ‘at the coal face’. Watson says, “If he’s here all day every day, and he thinks it’s safe, then it’s good enough for me.”

Most of the following is based on various talks given by Tommy Watson.

When the bridge collapsed police, fire fighters and ambulance attended – but could do very little in terms of rescue and recovery. They were not trained; they could not operate cranes, forklifts or operate the oxyacetelene to get people out from the piles of concrete and steel.

It was left to the construction workers themselves – they worked all day digging out the dead and rescuing those who survived. Many were unaware of their families, waiting on the other side of the barriers, not knowing whether their husbands, sons and brothers were alive or dead. The office, with the clock in records, had been at the top of the bridge, so there was no information on who was there and who wasn’t.
The men should have been protected from the shocking and terrible sights they saw – but they weren’t. They worked rescuing and retrieving body parts the rest of the day, then Friday, Saturday and Sunday, with just an afternoon off.

On Monday they were given the day off with pay. When they returned on the Tuesday morning they found the gates locked. 500 workers were herded into a car park and thanked – told what a great job they’d done over the past three days. And then they were sacked. They got one week’s pay and were told they’d have their jobs to come back to when the build restarted, to expect telegrams.

On Thursday and Friday, the funerals began, nine on one day, five the next. The entire community was traumatised.
The workers got no counselling, no support, no contact from the company. The widows were not visited or contacted. They got no financial support from anyone – although later there would be some, little, compensation paid for the deaths and to those who were injured. The only support they got was from the unions.

Victoria’s government of time – a Liberal/Country Party government led by Henry Bolte since 1955 – held a Royal Commission into the collapse. It began its inquiry on October 28, less than two weeks after the tragedy. The Commission completed collecting the evidence from 52 witnesses in May 1971. It sat for 73 days. But the unions did not get a look in – the VTHC, representing the seven unions who had members on the site, made an application and were granted leave to appear before the Commission. However, the lawyers requested an extension of the terms of reference to specifically include matters involving the safety of the men. The Commission considered the application but decided the terms of reference were wide enough. It is unclear why, but after the preliminary hearing no representative from the VTHC appeared.

The Commissioners took just over a month to complete their 300-page report, and it was released in the Victorian Parliament on 3 August 1971.

In summary, the Royal Commission found that the tragedy of the 35 deaths was utterly unnecessary and inexcusable. There was no sudden onslaught of natural forces, no unexpected failure of new or untested material.
Today Tommy Watson says it was a whitewash and achieved the outcome the Bolte government wanted: to make sure it could not be blamed or sued.

When the workers got the telegram to go back to the job, about 18 months later, about half of them did. Tommy Watson, when asked why he went back, said that he lived right there – if he didn’t go back to finish it, he does not think he would have been able to go on it, or under it – he had to finish it for the mates he lost that day.
When they started back, the company refused to re-hire the Ironworkers’ shop steward. The workers went out on strike for 9 weeks to get him back on the job. Things between the workers and the company did not go smoothly.

Then, about six months later, a piece of steel fell and killed another man. In all, 36 men were killed in the building of the bridge.

The bridge was finally opened on November 15, 1978. It took ten years to build and cost almost $200 million (originally costed at $34 million). In declaring the bridge open, the Premier of the time, Dick Hamer, said, “Let there be no doubt that the 35 men who died here on the 15th of October 1970 died for us. They died so that those who remain might step more safely in the future.”
In reflecting on those terrible events, Tommy says, “I hope that in 50 years we can say that the West Gate Bridge collapse was the worst construction tragedy Australia has seen – because that will mean that we have prevented another such thing happening.”

He also said that certain things would never happen today:

After the stop work held when the Milford Haven Bridge collapsed, the men would not have returned to work.

Not one job stopped that day in Melbourne. Not one collection happened. Not one family got any money.

Today, no one could stop workers all over Melbourne downing their tools and going to help.

They would not have been sacked just two days after retrieving their mates’ bodies.

Every worker on the bridge contributed a day’s pay to erect a memorial plaque which lists the names of all the men killed on October 15. The company wasn’t keen on it going anywhere because it was a toll bridge – so the workers did it themselves and put the plaque under the bridge on October 15, 1978.

At first people just gathered at the bridge spontaneously. But in 1990 a committee was formed to keep the area neat and organise an event. By 2000 the Committee got a grant of $1 million dollars from the Bracks Labor government to do up the area. 35 columns were erected, representing each of the 35 men killed. Each is slightly different, but there are no names. To honour the 36th man killed, a big rock in the shape of a chair was installed when there was strengthening of the bridge in 2010.

The crowd which gathers at the Memorial Park at 11.30am on October 15 every year to remember those men who were killed that day has been growing.

But this year the site will be eerily quiet. Because of the coronavirus pandemic, the West Gate Bridge Committee has urged people not to attend. There will be an online event streamed on the VTHC website, with guest speakers David Setka, James Webster and Tommy Watson. David is the grandson of Bob Setka, one of the 18 survivors, and James is the grandson of a worker who was killed. The Committee has announced that the 50th anniversary events planned for this year will take place next year. 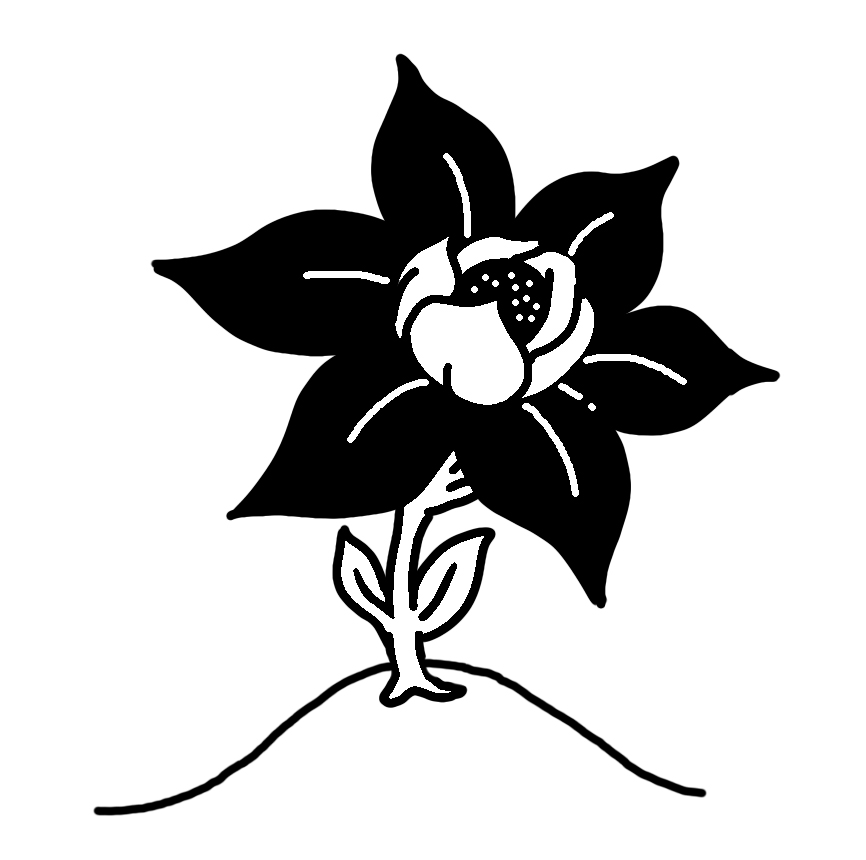