Backbone of Our Movement: Andrew Irving 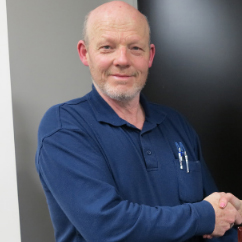 Third generation Communist family. Grand father coal miner Wonthaggi. Father sacked Menzies Government from TAA because he was a com. He was last left executive member of Clerks Union before it was taken over by the Groupers.

Worked for unions BLF and ARU. I was in ARU union office from childhood and also helped in UAW. Railway worker 40 years have organised workers and been saved by the union more than once over this period.

RTBU standing up to Kennett and recent Campaign to take public transport back into public hands.

Genuine and militant leadership of union. Members now if you are not committed and they want to be part of a democratic and honest union that is committed to workers and not a political party.

Join because unity is the only protection for workers jobs and health and safety.

You will only be heard if the union is there. The union will only understand the problems if you are active in the union.