Backbone of Our Movement: Dani 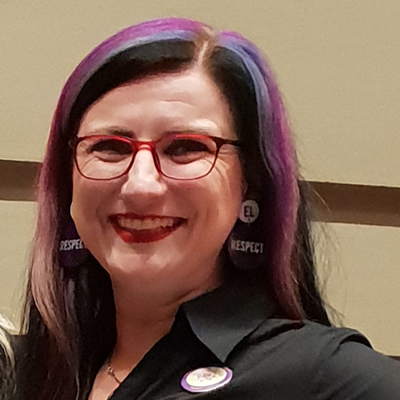 I honestly didn’t know much about unions before I started in public transport. I joined initially because I knew that it would mean that I would have support if I needed it.

I went to my first RTBUWomen meeting in October 2018, and it lit a fire in my belly. Participating in the Anna Stewart Memorial Project has definitely been a highlight. The opportunity to see the inner workings of my union and others was educational and empowering. I definitely recommend it for women keen to be more involved in their union and networking with the union sisterhood.

Our union’s very public protected actions during our EBA negotiations were also quite the talking point in the last year. I love the energy of a vocal rally in the loading bay at Trades Hall!

On top of that, the current pandemic has really shone a light on the additional unpaid workload of women workers and the hidden gender pay gap created by insecure work. By strengthening the rights and conditions of our most vulnerable workers, we strengthen our union movement as a whole.

Because we are stronger in numbers, workers supporting workers.