Backbone of Our Movement: Fran Mckechnie 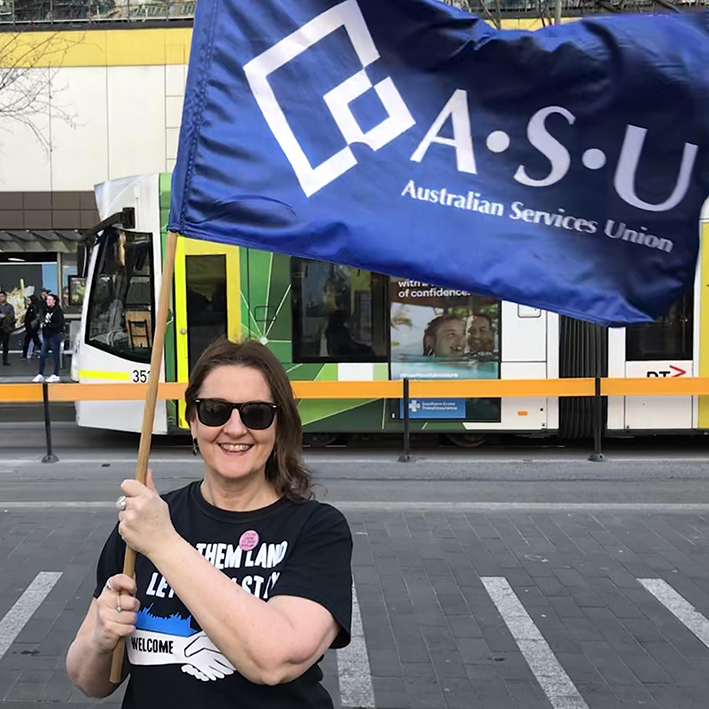 Strength and unity. My father was a strong union member on the waterfront. What really left an impression on me was the nurses’ strike under Irene Bolger when I was working as a nurse assistant. It opened my eyes to how the union could stand up for workers even though it felt like our backs were against the wall.

During the nurses’ strike I was nervous about what was going to happen and repercussions. But then I felt I was involved in this collective and it was really reassuring. The work delegates were there not just to lead the fight but to support the workers in house.

There are so many. What the government is trying to take away with its IR Bill. I know the refugee issue isn’t important to all members but it’s important to me. The inhuman treatment that has been dished out to these innocent men, women and children is beyond belief. The union has always been there for the voiceless and that’s what we need to do.

There’s strength in numbers. We can’t leave it up to others to change anything within the workplace – it’s that old saying, if not you, who; if not now, when.