Backbone of Our Movement: Kirsty Davies 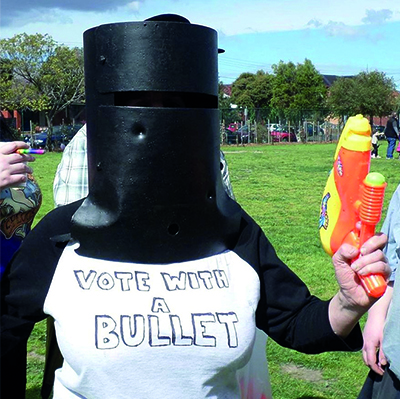 I was raised by union parents who had always belonged to their unions. When in permanent work, I have always joined. I believe it is an important example to set for staff particularly now as I am in a head chef role. I like to know that I will have support if I need it, an organisation that can represent myself and my workmates if I am unable do so myself

We won back our Sunday penalty rates in an EBA negotiation. They had been cut back to 1.5 at the previous negotiations without anyone’s knowledge. It was hidden in a pay raise and was only found out months later when checking payslips. It took a lot of persistence but we got there.

I think mass casualisation of the workforce is the most important issue facing the union movement. Also the unions lack of ability to adapt to changing workforce demographics and automation of many industries. The idea that a union member is a man who works on a building site needs to shift dramatically.

People should join their union to protect and defend current pay and conditions and to also fight to improve conditions. There is more power in numbers. Being a union member will lead to an involvement in community that can and often does extend outside a persons own workplace.