Backbone of Our Movement: Manolya Moustafa 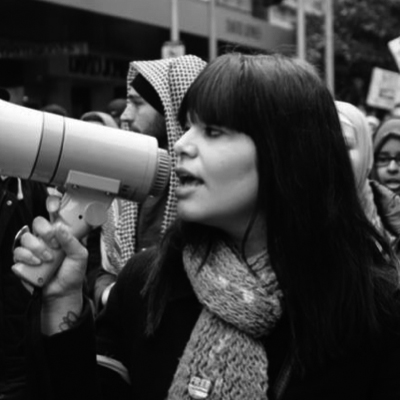 My highlight would be the mass strikes during the EBA campaigns that I have been involved in. In 2012 and 2013 there were 3 full day strikes, with the major demand being against the introduction of performance pay for teachers. I had the opportunity to speak in front of thousands of fellow teacher and education support staff unionists about the need to escalate the campaign.

How to deal with covid 19. Too many bosses want to keep workplaces open despite the health risks and essential services whilst needing to remain open must be done so in a safe way for workers. Covid 19 has also exposed how casualised our workforce is and this is another issue that needs to change. Workers need job security and safety. And those out of work need livable job seeker and job keeper payments.

Workers always have to fight to not only win gains but to defeat attacks from bosses, under capitalism workers are always under attack. The best way to fight is collectively. With the present economic crisis, bosses and governments will try to make workers pay the price. Unions are a basic organising tool for workers to collectively stand up for themselves.