Backbone of Our Movement: Pier Moro 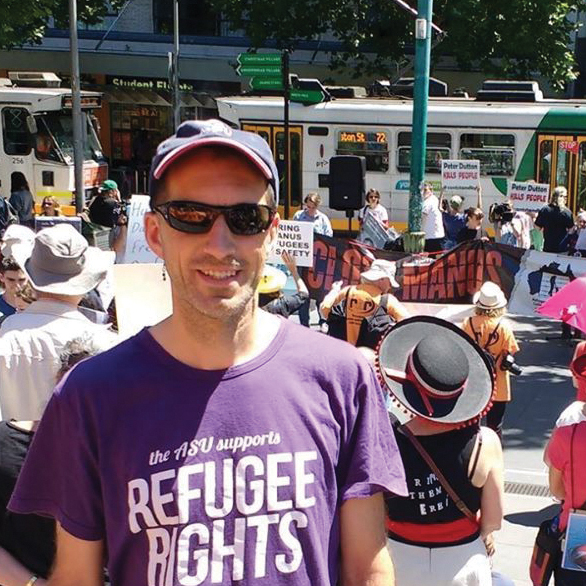 I’ve been a member with the ASU for 28 years. I have had shorter stints with other unions.

It just seemed the obvious thing to do really. Two major reasons.

One is that you soon learn that the conditions you have now, like annual and sick leave, were won by previous workers, so you need to show respect and be part of this history.

Secondly it becomes quickly apparent that against the employers individual workers have limited powers. Its really only by uniting that we are able to correct the power imbalance and stand up for our rights.

While going to big, noisy and colourful protests really make you feel the passion and power of our movement, I think the small moments matter as well.

Years ago, I was the delegate at a very small community organisation negotiating its very first EBA. The process had taken many years (long story) and we had come down to three outstanding items. Management said they would agree to only two of them. We could choose which two. By that time, I was drained by the negotiations and would have been happy to accept their offer.

So, I called a meeting, all 9 of us, and I put to them the offer by management. We discussed it for two hours and at the end, to my pleasant surprise, we voted to reject the offer and stick to our claims for all 3 items. The vote was unanimous.

The next day, management relented and agreed to accept our last 3 claims. It really highlighted to me the power of the collective and the value of trusting my fellow workers.

Obviously the growing insecurity and casualization of our jobs. This then leads to less pay and worse conditions.

We need to rediscover our class politics and our strength in organising at the workplace. In addition, I fear that with growing nationalism and racism, our class is facing new attempts to divide us.

Our economy is part of a huge global system but our unions are still state and national based. This puts us in a weak position. We need to organise globally.

Simple. Look at countries where the unions have been defeated or are extremely weak. Those are the wages and conditions we will face if we don’t organise.