Backbone of Our Movement: Ryan Stanton 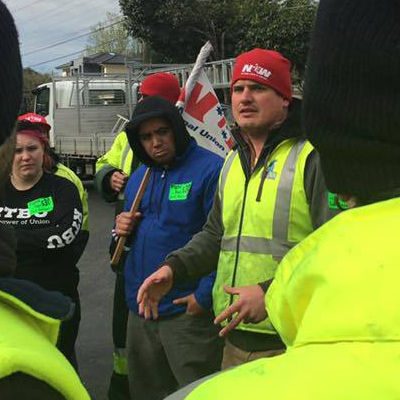 I became a member of Socialist Alternative. I was convinced to do union activism through the broader political convictions of revolutionary socialism. The working class is key to any project of progressive social change, especially social revolution.

I was a leading delegate in the Polar Fresh warehouse strike in 2016. Over 600 workers at Polar Fresh supplied fresh produce, milk, meats and other refrigerated goods to Coles in VIC and TAS. We struck for 3 days around job security and a large pay increase. The strike was tremendously successful, largely due to flying pickets of workers blockading scab warehouses all over the city. We won hundreds of permanent jobs, a significant pay rise, RDOs, and a massive reduction of the use of labour hire, among many other things. Additionally, the workers at PF were brought under direct employment by Coles, as were several other outsourced Coles warehouses in QLD and NSW.

The lack of an organised layer of militants. Australia has a proud tradition of huge upsurges in strikes, protests and workers struggles. The most explosive and important of these were driven from below by layers of socialist and communist militants. These militants were key to organising and politicising the rank and file, and directing pressure at their own union leadership to take things much further than those leaders wanted to go. Unfortunately, this “militant minority” has almost completely withered away over the last 30 years, largely due to the decline of the left and the treachery of the ALP and union leaders. Any strategy of rebuilding the fighting strength of the working class has to focus on creating a new, radical rank and file leadership.

To fight. The essence of unionism is the collective struggle against oppression and exploitation on the part of the working class. Workers can only improve their lot by organising together in order to fight the boss. This is mostly done through trade unions.