Backbone of Our Movement: Samantha Bond 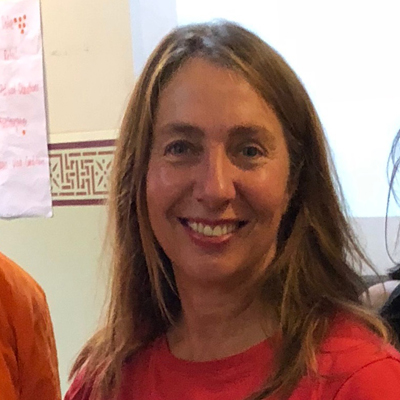 I joined my first union as a 14 year old casual at K-Mart. The woman in payroll gave me the form and told me I didn’t have to join. I remember clearly thinking well obviously that means I DO have to join.

My next union was Actors’ Equity which was a closed shop for working actors in the 1980’s. No ticket – No start.

I love the power of a good union rally and there are so many to choose from over the years.

I think my favourite (combining my all great loves) was when we asked the MUA to drive their enormous Boat Float (renamed the GSTitantic) in the Brunswick Street Parade as part of Melbourne’s Fringe Festival in Fitzroy. It was less than 12 months after the Patrick’s Dispute and the love and solidarity with the MUA was palpable amongst the cheering Fitzroy arts crowd.

Trade Union repression here in Australia (via organisations like the ABCC) and globally is increasing. Unionists in countries like the Philippines, Cambodia and Colombia are being arrested, imprisoned or murdered under oppressive political regimes. Global Solidarity is imperative in the fight-back.

Together we can fight injustice everywhere, in our workplaces, our communities and across the globe. Union Solidarity is the biggest threat to inequality, neo-liberalism and corporate greed.