OHS Matters: Explosion in Lebanon – could it happen here?

On the evening of August 4, a fire in what is believed to be a fireworks factory, led to a small explosion in the port area of Beirut, Lebanon. Subsequently there was a massive explosion of a warehouse holding 2,700 metric tonnes of ammonium nitrate.

Ammonium nitrate is a common fertilizing agent - and is also the main ingredient in some types of explosives. The chemical had been stored in the warehouse since 2014 when it had been seized from a Russian cargo ship. It has been reported that Lebanese customs officials wrote letters to the judiciary at least six times from 2014 to 2017, seeking guidance on how to dispose of the highly combustible material – reportedly not getting any response. Because of the nature of the materials they were unable to act. Other reports are that customs officials did not follow proper procedures: they simply kept resending the same letters in response to the judge’s request for more information.

The explosion, which was felt in Cyprus 290km away, was devastating: the blast wave levelled buildings near the port and where the warehouse was is now a 140m wide crater. It caused extensive damage over much of the rest of the capital, home to two million people. Hospitals were quickly overwhelmed. At least 200 people were killed and over 5,000 injured. 300,000 people were left temporarily homeless and collective losses may reach AUD $14.6 - 20bn. Tragically, a number of first responders sent to put out the initial fire and did not know of the ticking time bomb in the warehouse, were killed.

The political fallout has been huge: the blast led to protests in Lebanon’s streets, and on August 10 Lebanese Prime Minister Hassan Diab announced the resignation of the Hezbollah government – but it is staying on in caretaker mode. The ‘transparent’ investigation promised by President Michel Aoun continues, however, and more than 20 people have been arrested.

The fallout for the country: COVID-19 cases have more than doubled since the explosion; there are daily electricity blackouts; food prices have risen by 80 percent and the national currency has fallen by the same percentage.
It is clear that the store of ammonium nitrate was a ticking time bomb – whether its continued storage in such a built-up area was due to ineptitude, red tape, apathy, corruption or greed - or possibly a combination of all of these - may never be known.

But could such a calamity happen in Australia?

“The full extent of the environmental damage is not known: within hours of the fire, dead fish, eels, birds and other wildlife were washing up on the banks of nearby Stony Creek.”

Because of our size and space, and lower population density it’s unlikely that a similar explosion would lead to such devastation. But we have had several very serious toxic fires due either illegal dumping or storing of hazardous and dangerous chemicals which have had devastating effects on the local environment and probably the health of people living in the vicinity.

In early August WorkSafe Victoria charged a Harkness man with endangering people at a workplace following a 2018 chemical fire at Tottenham.

Graham Leslie White, 59, was charged under sections 32 (“Reckless endangerment”) and 26 of the OHS Act for recklessly engaging in conduct that placed or may have placed people in danger of serious injury and for failing to ensure that the Tottenham site, and the means of entering and leaving it, were safe and without risks to health. These were among 26 new charges White was facing under the OHS Act and sections 31 (“Persons required to take precautions”) and 31C (“Aggravated offence”) of the State Dangerous Goods Act 1985.

The reckless endangerment and aggravated offence provisions both carry maximum penalties for individuals of five years’ jail or 1,800 penalty units (almost $300,000). This is one of the few prosecutions ever taken by WorkSafe under s32 of the Act.

The charges relate to four warehouses at which it is alleged that dangerous goods were stored – the Tottenham warehouse and three sites in Campbellfield. WorkSafe also charged his company, Bradbury Industrial Services, with multiple breaches of the OHS and Dangerous Goods Act. The company is now in liquidation.

In the hours after the fire began, authorities issued a “community advice warning” for eleven suburbs in Melbourne’s west, with residents being warned to close windows and doors. Residents were still reporting health issues three weeks after the fire. Firefighters were also concerned about the long-term effects of exposure to toxic chemicals.

The full extent of the environmental damage is not known: within hours of the fire, dead fish, eels, birds and other wildlife were washing up on the banks of nearby Stony Creek. The Environment Protection Authority (EPA) warned people not to eat fish from the creek or the lower Yarra River, and not to enter, put their hands into or allow dogs into the creek. The EPA continues to monitor the water and sediment of Stony Creek for pollutants including phenol, BTEX, PFAS, acetone and butanone. The clean-up, costing millions of dollars, has not yet been completed.

After some investigations, WorkSafe discovered that the warehouse was not registered to store dangerous chemicals. After this Worksafe inspected other industrial properties within the area, and “found dozens ... that also failed to comply with the [Dangerous Goods] Act”. The Environment Protection Authority also investigated links between the owner of the site, the lessee, and other properties in the north of Melbourne, where industrial chemicals were found to be stored illegally.

White is not the only rogue in the business. Earlier this month an e-waste recycling centre in Melbourne’s north erupted in a massive toxic blaze. The Campbellfield premises of MRI e-cycle solutions, one of Victoria’s e-waste operators, caught fire early on the morning August 9 and burned for more than a day. The explosions were heard kilometres away. The components of batteries and electronics stored at the site are toxic to health and the environment, especially when damaged or exposed to fire. Toxic smoke billowed over Melbourne’s northern suburbs.

The company had been under investigation by the EPA for allegedly amassing an illicit stockpile of batteries and electronic equipment. The regulator had barred the company in March from accepting any more waste, and had issued it with a formal warning threatening to suspend MRI’s license to continue operating the facility.

The EPA later said that smoke impacts were limited to nearby industrial areas and its monitoring had not detect any effects on surrounding residential areas including at Roxburgh Park. EPA took samples in nearby Foden Reserve, Merlynston Creek and Jack Roper Lake, and warned the public to avoid contact with the water in those areas. Hume City Council also put up warning signs to alert members of the public using the parks.
So yes, a similar thing could, and has happened in Melbourne – and no doubt our other capital cities. The same issues arise: companies breaking the law, regulators failing to regulate and then scrambling to clean up and minimise the fallout – both literal and political.

These companies should have the book thrown at them, and their owners be imprisoned. Too often the outcome has been companies going into liquidation and never paying a cent, and owners getting off scot free, ready to start up another company. Hopefully this time Mr White will go to jail. 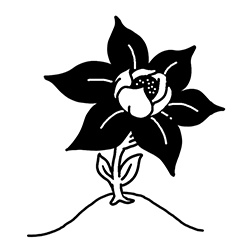